Henfield CC U14s played in the SJCF Shield completion finishing runners up to Lewes Priory in the final. They scored 999 runs in five matches and took 44 wickets.

The week started off at home vs Lindfield CC. Henfield bowled the opposition out for 154 runs with the wickets shared around albeit Dan Woodward took 4 catches and Will Davies ran two out. Henfield squeaked home with one wicket to spare scoring 155 for 9 with the winning runs scored by James Hampton with a 4. Pick of the bowlers for Lindfield was Benji Parry who took 4 wickets for 25 runs

Next up were Pagham CC away who won the toss and put Henfield into bat. HCC scored 232 for 7 in their full allocation of 42 overs with Dan Woodward making his maiden century eventually being out for 105. Pagham were bowled out for 192 in the 33rd over, with the pick of the bowlers being Asmus Minchell with figures of 3 wickets for 17 runs off 5 overs.

Littlehampton visited Henfield next. Henfield batted first scoring 323 runs for the loss of two wickets. Dan Woodward scored a second century retiring not out on 108 and Asmus Minchell scored his maiden century retiring not out on 100 finishing with a 6 over the bowlers head. Littlehampton were all out for 142 with S Flint scoring 58 runs. Both Ed Helps and Jed Bandy took two wickets each.

The last group game against Portslade saw Henfield put into bat. Oliver Mackinnon starred with his first half century eventually being run out for 64. Henfield posted a score of 183 for 8 off their full allocation of 42 overs. Portslade were bowled out for 137 with Carter making 53 and Tom Lewis taking 3 wickets for 12 runs off 6 0vers.

Both Henfield and Lewes Priory progressed to the final having maximum points which was played at the neutral ground of Lindfield CC.

Henfield chose to bat but their early batsmen were disrupted by poor weather, coming off for a number of rain breaks. Unable to create a rhythm they were eventually bowled out for 106 runs off 28.5 overs with man of the match James Hampton scoring 52 runs. Arwen James took 4 wickets for 11 runs off 6 overs. Lewes Priory started strongly putting on 59 runs before the loss of their first wicket finally pushing past the target to finish on 109 for 4 wickets off 26 overs. Both Tom Lewis and Dan Woodward taking braces.

So a great campaign which ultimately ended in mild disappointment but so many amazing performances from all the players. The squad was as follows: 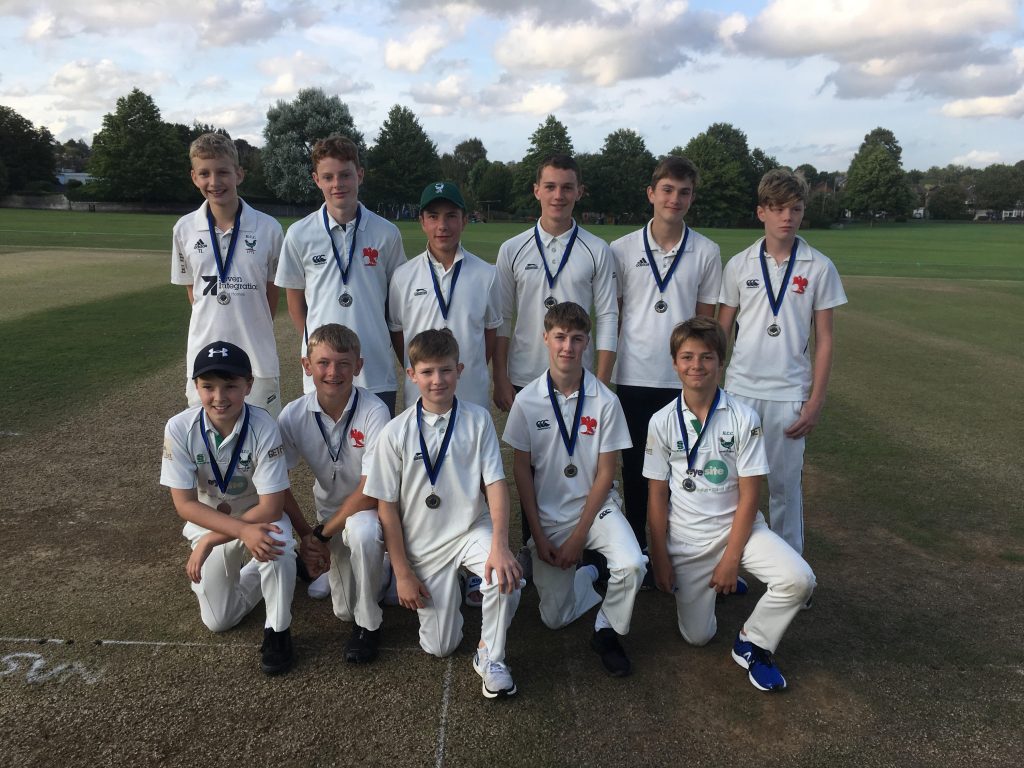